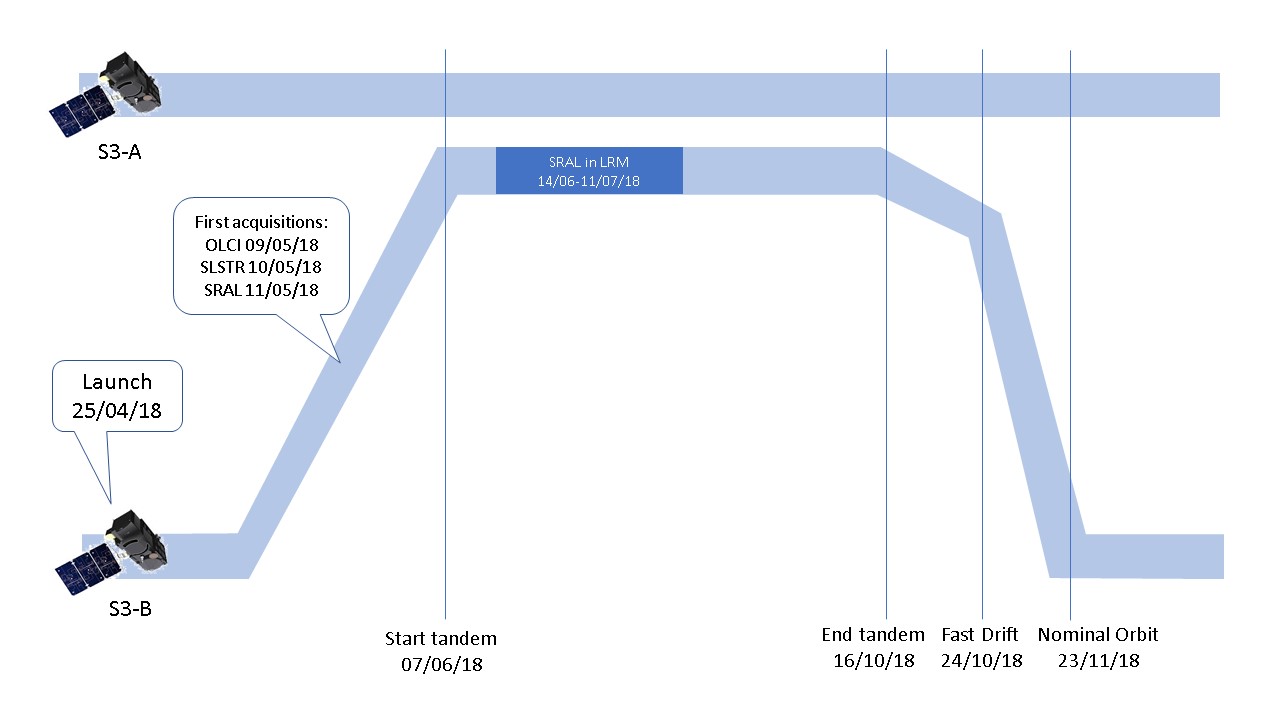 Custom reprocessing for the Tandem Phase

In order to better estimate inter-satellite differences and prototype harmonization procedures, a custom reprocessing of Sentinel-3 Optical instruments has been performed during Summer 2019. A sample of data from the tandem and drift phases has been reprocessed using improved calibration coefficients: optimized geometric calibration for SLSTR-B, improved radiometric and geometric calibration for OLCI-A and B. In this experiment, we have aligned the radiometry of OLCI-A on that of OLCI-B, which is considered more accurate according to vicarious validation data.